It's no secret that we've been keen on virtual reality and its use in professional education. On March 7th at the 2019 New Jersey ESA Symposium, we debuted our new line of courses that utilize 360-degree media.

This media will be integrated into course slides providing users with the ability to visualize course material and interact with it in real time.

So, why bother including this media into our eLearning content?

1. RETENTION: Unlike regular photos or videos, 360 media captures an entire environment within one snapshot. This enhances context and user perception.

2. ACCESSIBILITY: 360 media has the ability to be viewed on smartphones, computers, and VR headsets. The added VR functionality allows users to fully immerse themselves and remove outside distractions.

3. ENGAGEMENT: 360 media may be programmed to include interactive functionality, allowing users to experience content beyond the photo/video they see.

Unfamiliar with 360 media? Click the button below to check out an interactive training demo we have recently created. 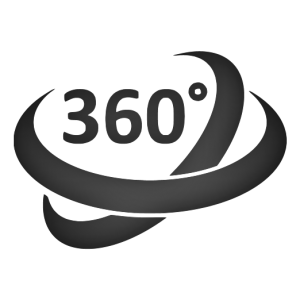